Mojo's a bit too eager to get started. 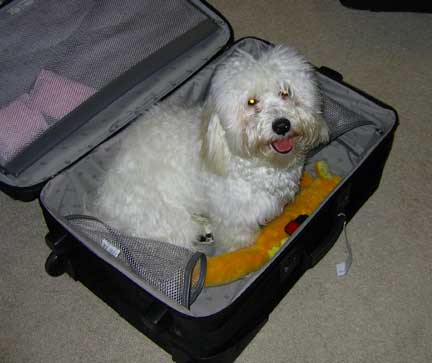 After 13 hours in his Sherpa, Mojo was ready for a break. 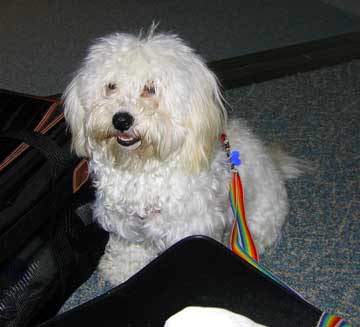 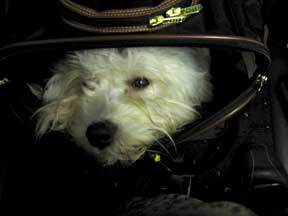 Mojo among the animals.

Mojo wearing a chinese shirt of some sort. 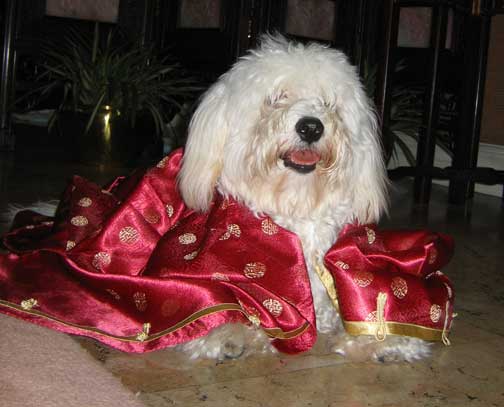 Here he is, looking unusually big and fluffy. 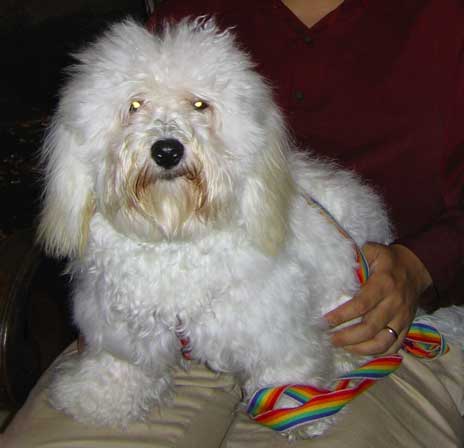 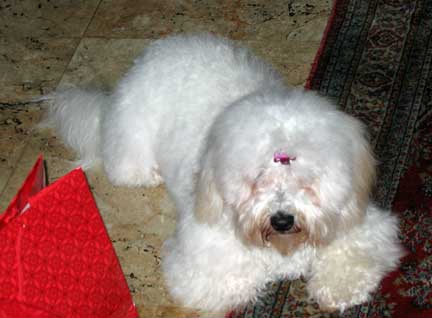 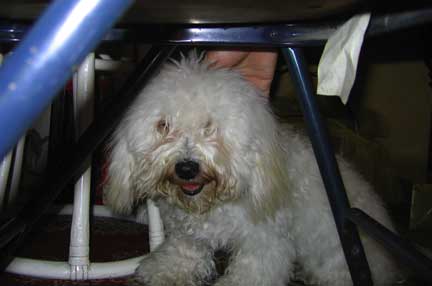 Up on the second level, through the banisters. 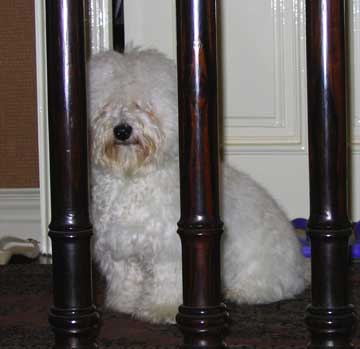 In front of the fan, demonstrating that windblown look. 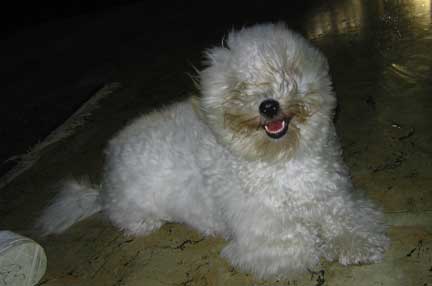 Mojo really likes it here in the Philippines. Every morning he runs out of the room and runs around the house, finding everyone. When he sees someone he says hello, then runs to the next person. It's his morning thing now. Then he goes and poops on the carpet.

Well actually, he hits the pads now. Putting the food near the poop area wasn't enough. We had to place to pads lengthwise so his butt didn't extend past the first pad. Lucky for us his poop has been pretty firm and hasn't stained the carpet.

Mojo's life here is pretty idyllic. He stays home, runs around, says hi to everyone, etc. There's almost always someone around, so he doesn't get too bored.

When we take him to gatherings everyone loves him and wants his puppies. Doh! No testicles, no puppies! But really, he's so well behaved & friendly (even with the kids here) that he's the dog that everyone wants.

He's lost some weight, since we don't really run around outside. There aren't any parks, much less dog parks, to run around in. The closest thing to a park was the cemetary, but there still wasn't a lot of space to run. And, Mojo picked up a large contingent of ants and gnat-like things which required substantial picking to remove.

Since he's been here, he also seems to have picked up some ticks from somewhere. He's inside all the time, but sometimes the outside dog (Adam) sticks his head in, so maybe Mojo's getting them from him?

His hair is getting so long that it's covering up his eyes completely. We're starting to topknot him, but the thing keeps coming out.

That's all I can think about writing right now. Oh, he's hot here. It's about 78 degrees ambient, and his favorite place during the day (when he's not running around) is in front of this big old fan. It's quite a sight, seeing his hair flowing in the fan's breeze.