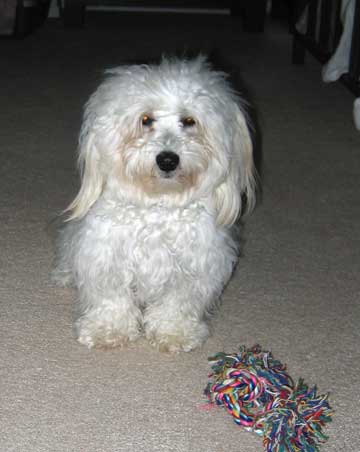 
Trying on some clothes at Cannon Beach!

Mojo's coat seems to be coming in well. It's mostly transitioned into the smoother coat. He still gets lots of mats, but they tend to be smaller now (whew!).

The problem, though, is he really needs to be brushed every two to three days. That's not going to happen at daycare/boarding, which means he'll be one big mat when we get home (even one day at daycare mats him up a bit). So we'll probably cut off all that hard-won hair before we go. Doh!