It's almost Halloween, and you know what that means! It means putting ridiculous things on your pets and photographing them!

Mojo actually looks really good with a shirt on. The antlers, though, are another story. 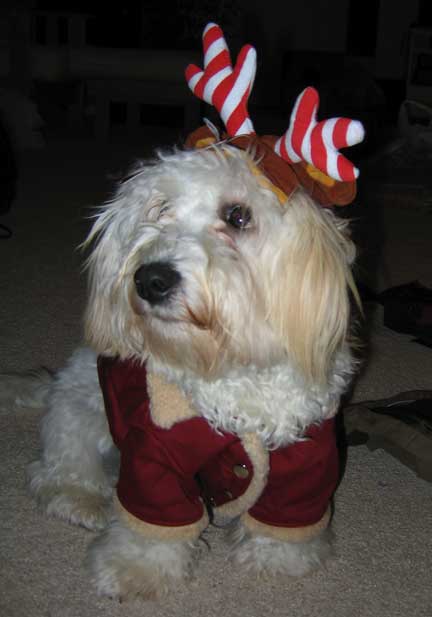 Mojo was less-than-excited to be wearing the antlers...especially after we started laughing at him. 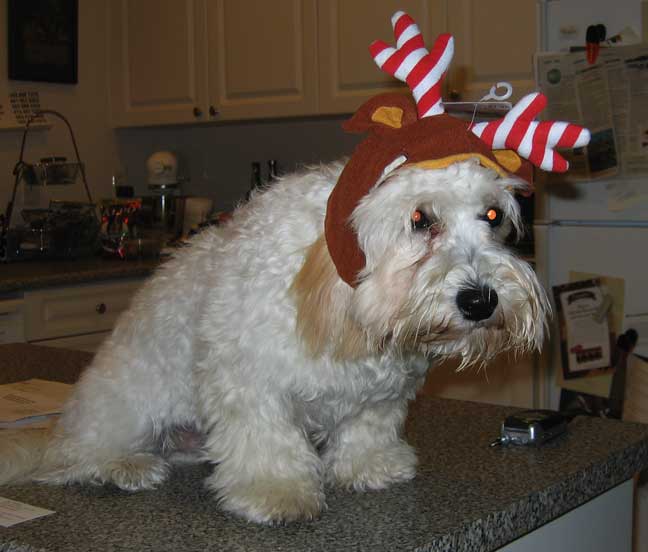 Well, we finally broke down and let Mojo back on the bed. He can't be on there unsupervised, which should reduce bladder issues to a minimum. I suspect, though, that all it'll lead to is picking up a suddenly-incontinent Mojo and end with him spraying pee all over the place as we try and carry him away.

It is nice to have him up on the bed. He usually doesn't sleep there; he usally just wants petting & attention, and he'll usually hop off after a while. I guess he just wants to be part of the family?

He's at daycare today. At barkzone (his daycare place) they've got a wireless streaming video camera that's still in the box. That means that when it's installed we'll be able to watch Mojo in realtime. Oh no!

He really wanted to go to daycare today. He got out of the car, pulled me over to the door, then hopped right inside. I unclipped his leash, and away he went into the dog area. I think that means we should stagger his daycare to every 8-10 days? The last two times he hasn't been really excited to go. He also hasn't been meeting a lot of dogs on our walks, so maybe he just felt the need to bond with his fellow canines.

A nice portrait of the Mojo. 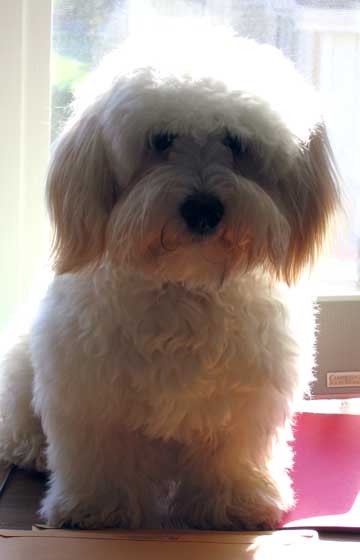 A failed cable modem and an impromptu trip delayed updates for a while. To tide everyone over, here's a nice picture of Mojo demonstrating his discipline!

That's a chunk of kielbasa on his paw! We're getting him to wait successfully for a long time. Ela's ultimate goal is to do the "treat on the nose" trick, where he leaves the treat on his nose until we tell him to take it. That'll be a long time coming, but for now we're satsfied with the kielbasa-on-the-paw.