Mojo went to the groomer yesterday, and looks good...though he's looking more and more like a bichon when he gets out of there. Still, it's nice to see him shorn again.

The best thing for him is he gets bed privs after he's groomed! So he's been playing on our bed for the last day or two. Last night he was humping the potato for maybe an hour or two, then tried to bury his dingo under our pillows. He ended up sleeping at our feet, then he jumped off sometime and slept on the floor.

For the last few nights he's been sleeping in the entryway because the tile is cooler. I'm not sure why, but the AC doesn't seem to work for him; he'd rather be on something cold than be cooled? Maybe his hair was just too dang long. 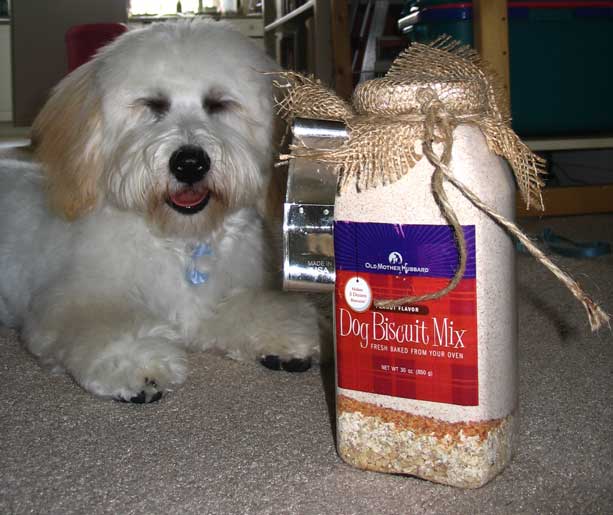 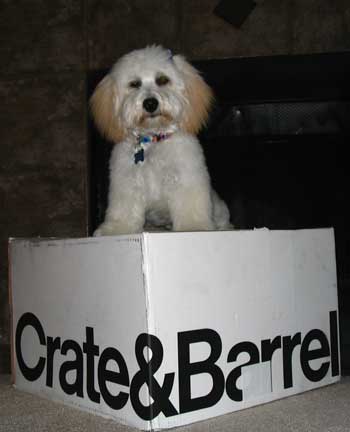 12.5 lbs as of a minute ago. He's still growing, but the rate has slowed down.

Today he played with Plop the poodle and kimber the chessie. As usual, he was fine with Kimber when Kimber was on-leash, but with Kimber off-leash Mojo just kind of took off. I suppose he's big-dog averse, at least when he can always get squished by them?

Last thing - Mojo seems to be vocalizing more these days. Maybe for the last 3 or 4 days he's been barking, whining, and making other kinds of noise. Not sure why that is.

Oh, it seems that Mojo has stopped growing. His weight has been relatively stable for the last measurement or two. I'm not sure what that means, really...maybe that Iams wet food is bad for him (it is; it makes his poop mushy). We'll be putting him back on the other food tomorrow.

Today was the last agility class. They set up a whole course, and everyone ran it twice. It was set up like this:

The first time we ran it with Mojo on-leash. He did great! He balked at some of the jumps, and the weave poles are always a problem. But overall he did pretty well. The second time we did it off-leash, and the first thing he did was take a flying leap off of the raised platform - which is around 5 feet high! Whoa! He hit the yellow end on the way down, so technically it wasn't a fault.

I didn't even notice, since I was looking ahead. doh! I have to remember to target the bottom when he's off-leash.

Everything else went pretty fine - the poles were a problem, and sometimes he wanted to go around the jumps. But overall, pretty good!

Tonight, he seemed to have figured out what "shake" means: shake hands. We were trying this before agility with no luck. A few minutes ago Ela tried it, and he did it!

Nothing else of note, really. We're not sure what class we'll do next. Puppy agility 2 isn't scheduled yet. Hopefully there'll be less dogs in it so we can do more run-throughs. Mojo was getting kind of antsy sitting around doing nothing, and was able to play a bit with the other dogs (finally!).

I think these pictures speak for themselves. 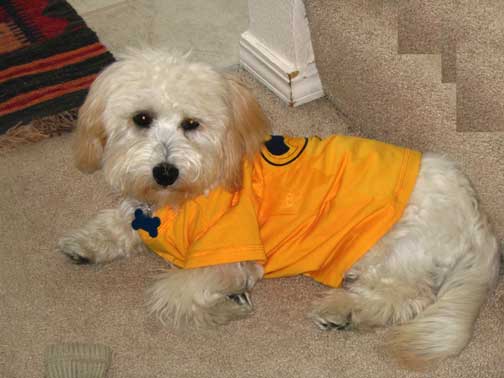 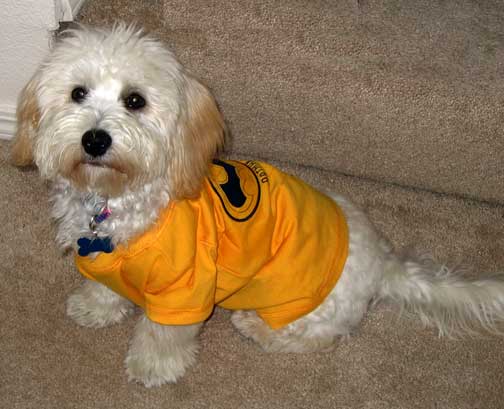 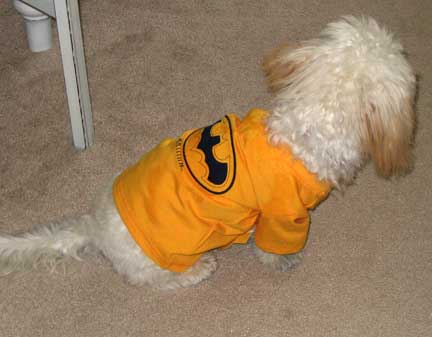 Just out of curiosity, I measured Mojo today. He's 31.5 inches long, if I stretch him. That's from the bottom of his feet to the tip of his nose, with his feet stretched out (tummy flat on the table). I was wondering how he could see us on the bed; this morning he was standing on his feet, and his head was poking up like a prarie dog. Sure enough, 31.5 (or 32, I guess) is enough for him to do that.

No real news or stories, except that ever since he's gotten his adult teeth he's been biting again. Sigh...I think there was a week (before he started losing his baby teeth) where he wasn't biting us. Maybe we can get him not to bite again.

Hmm. Had a good walk/run in orchard park yesterday.

Mojo jumps up on our bed every morning to wake us up. It's actually becoming a good way to train him not to bite our hands, etc. If he bites, we "no bite" and put him back onto the floor.

Oh, and we have a totally ridiculous picture coming sometime today. Hey, something to look forward to!