Sock? What sock? Oh, you mean this sock? 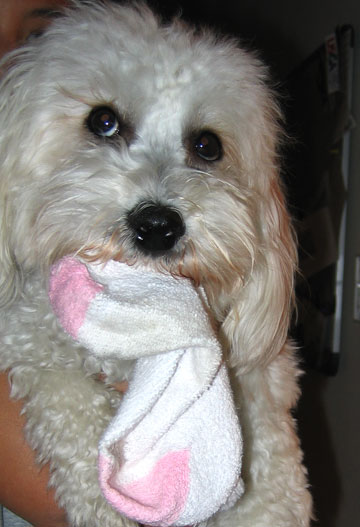 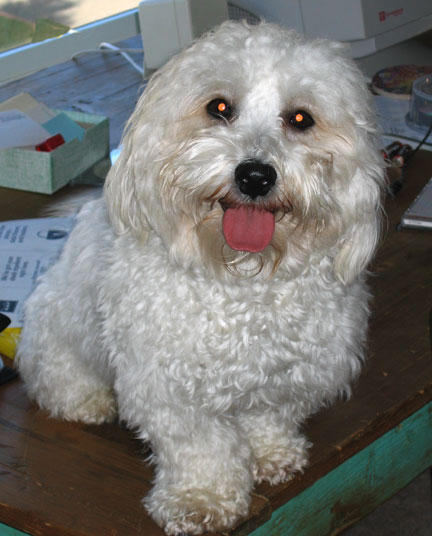 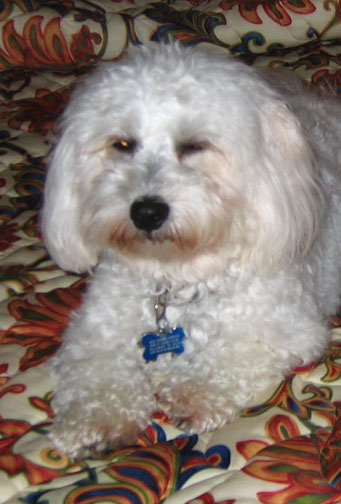 They let him into Johnny Rockets! 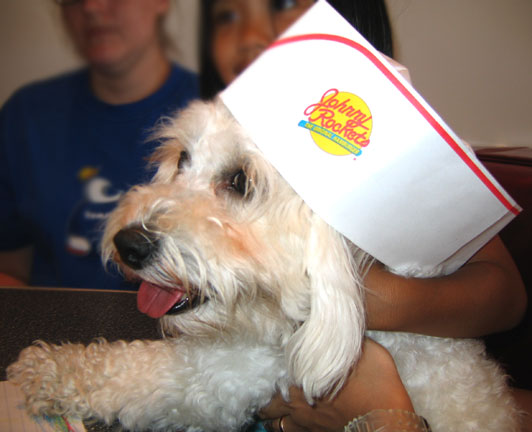 On the way home, in his sherpa. 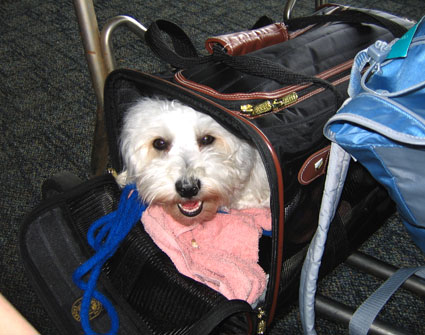 After a long trip there's nothing better than kicking back with a cigarette. 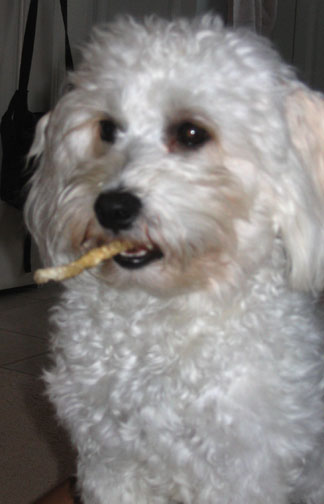 It's been a while since the last post, due to travel & recovery time.

After the trip to Utah, we hauled out to Atlantic City. Mojo was in his normal sherpa, and took the travel in stride.

The only problem in AC was it was a lot more isolated than the one in SC. That meant that it was harder to take Mojo for a walk. As a result he spent a lot of time indoors, which probably drove him bananas. By the end, he was semi-growling at one of my nieces (Allie), trying to get her to leave him alone. I guess he just wanted some alone-time?

Overall, an uneventful trip. We went to the beach and he got a little wet, but he's a bit more averse to the ocean than he was last year.

Anyway, he went to daycare yesterday and ran around like crazy all day.