We went snowshoeing today, with Mojo! He really loves the snow, but there are a couple of problems. The main one is that snow collects on his fur and turns into snow-mats, or snowberries (it looks like berries of snow growing on his fur). The second problem is after romping around in the snow he gets tired...and it's really hard carrying a 16-pound dog while snowshoeing. So we're going to get some jumper-boot things and a sled.

Here he is, in the snow. 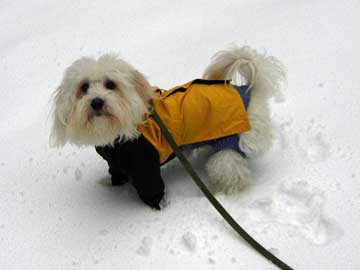 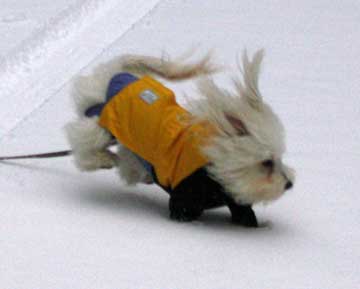 After about half a mile he got tired, so we brought him back to the car to rest, have lunch, and figure out how to get the snow off of him. 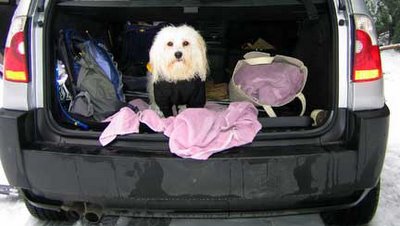 Eventually, the answer was we couldn't get the snow off of him, really.

This is a close-up of the snow attached to Mojo's hind legs. 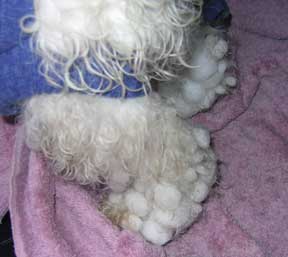 We thought we could stuff him in a backpack and carry him. As you can see, that wasn't such a great idea. 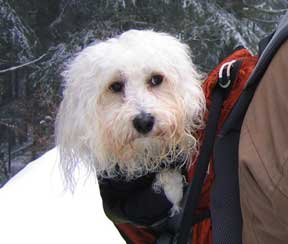 We ended up leaving him in the car and hiking up the trail for a mile. Then we came back down.

After coming back, we went up another trail, with a new, less outfit-encumbered Mojo. 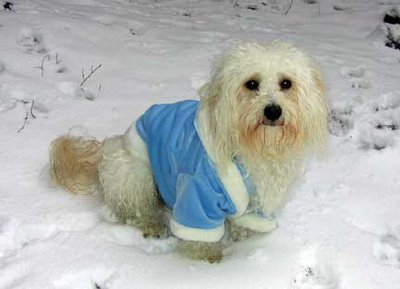 We're on our way back to the car, and back home! 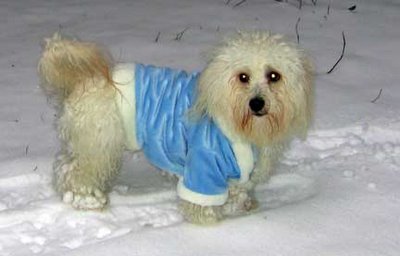